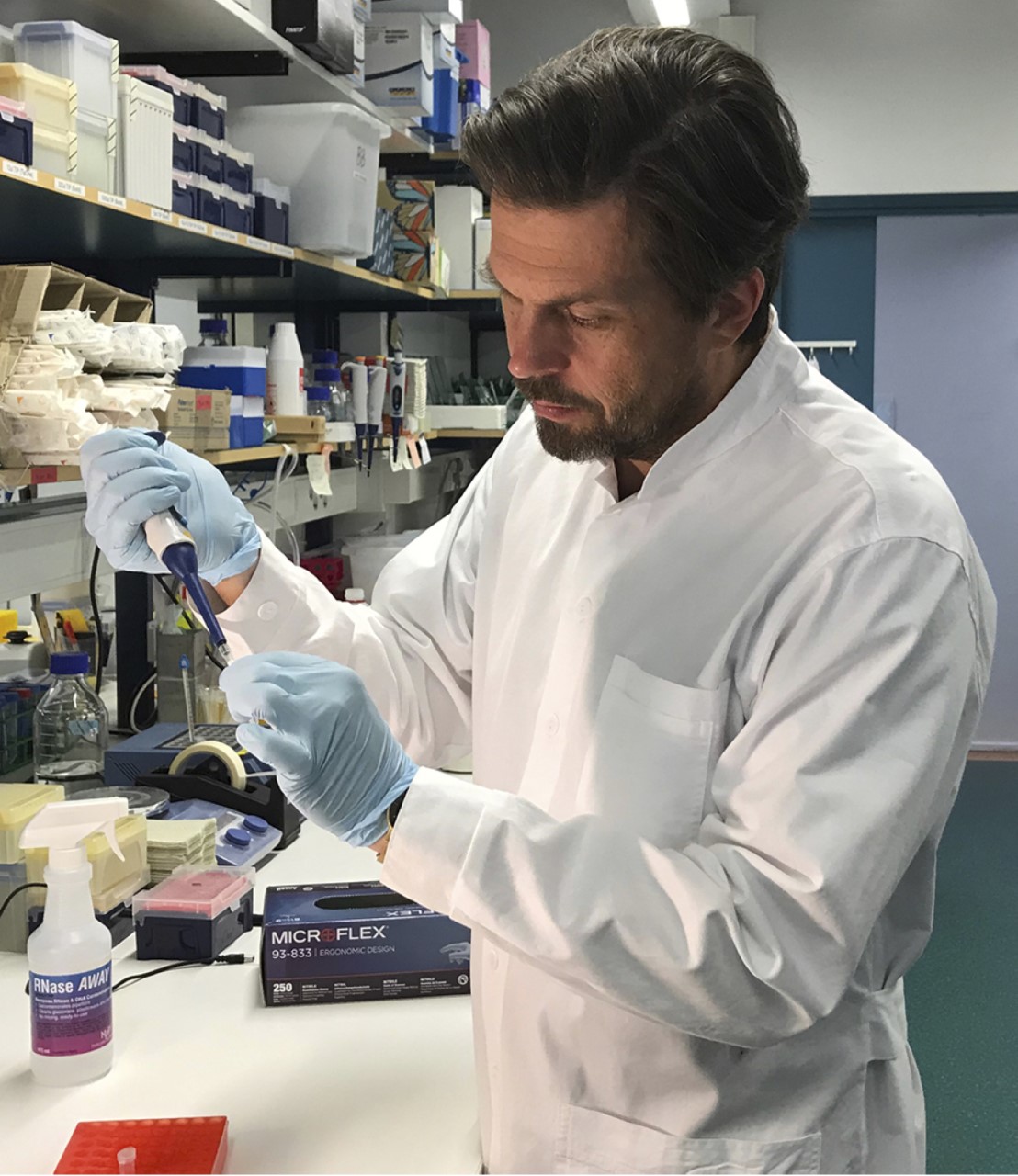 Collaborative work of researchers from Finland, Sweden, USA and the UK has captured images of ribosomes translating messenger RNA (mRNA) expressed from the strictly maternally inherited mitochondrial genome. Utilising the latest advances in cryo-electron microscopy (cryo-EM), the researchers discovered a novel mechanism that mitochondrial ribosomes use for the synthesis and delivery of newly made proteins to prevent their premature misfolding.

The Nobel Prize winners François Jacob and Jacques Monod established the paradigm for cellular gene expression; the information in our genome is transcribed into mRNA, then mRNA is read and translated into functional proteins by molecular machines called ribosomes. In a recent study published in Science, an international collaboration of researchers, including joint first author Dr. Uwe Richter, revealed a specialised mechanism for the translation of mRNAs encoded in the mitochondrial genome.

Within the cells that make up the tissues and organs of our bodies, mitochondria combine the breakdown of food with oxygen to generate cellular energy.  It is for this reason that mitochondria are best known as the powerhouse of the cell.  The function of the powerhouse is dependent upon the faithful expression of its own maternally inherited mitochondrial genome.  Disruption of mitochondrial gene expression can cause a large number of human diseases that can manifest at any age, in almost any tissue and with differing severity.  The molecular mechanisms of the disease process have remained largely obscure.  The breakthrough in biological imaging brought about by cryo-EM now provides researchers with a novel tool to investigate the function of individual proteins with unprecedented resolution and detail.

By combining forces, Dr. Alexey Amunts from the Karolinska Institutet and Stockholm University, Professor Antoni Barrientos from the Miller School of Medicine at the University of Miami, Dr. Brendan Battersby from the Institute of Biotechnology at the University of Helsinki and Dr. Uwe Richter, a NUAcT Fellow from the Wellcome Centre for Mitochondrial Research at Newcastle University, used their collective expertise to capture the mitochondrial ribosomes ‘lost in translation’ as they converted mitochondrial mRNAs into proteins. The structure they uncovered revealed a unique gating mechanism that they believe prevents newly made proteins from misfolding prematurely. Disturbed protein folding can have profound biological implications and in humans can lead to devastating, often neurological, diseases. The authors hypothesise that this novel gating mechanism contributes to the tight regulation of protein folding during translation and is vital for fully functioning mitochondria.

“Getting a direct picture of a biological process that we investigated for several years by biochemical and genetic tools is absolutely electrifying! This finding not only supports our previously published results, but also provides proof of concept for this approach to be used for future research questions I will address in my lab, here at the Wellcome Centre for Mitochondrial Research in the future”, says Uwe Richter. 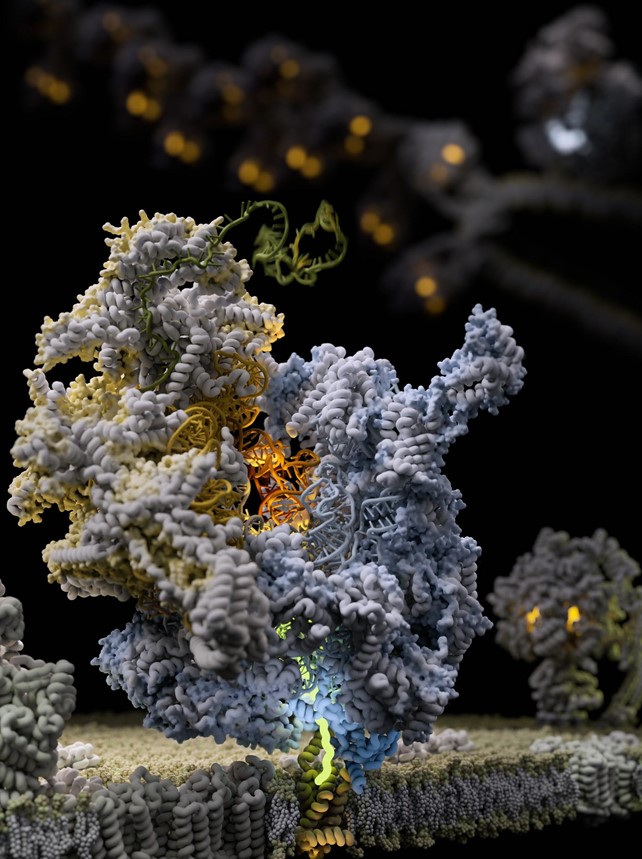 Understanding the fine details of these cellular mechanisms has important considerations for human diseases but also for the side-effects of commonly prescribed antibiotics.  Mitochondrial gene expression is similar to that of bacteria. As a result, many antibiotics used to treat bacterial infections can also disrupt our mitochondria, which may account for some of the severe side-effects seen with these medications. Solving ribosome structures from the powerhouse of our cells is integral to the development of effective and safe new antibiotics in the future.  This research also highlights the importance of basic science in a bottom-up approach, where researchers define the research question they want to follow, and which is the major driver of innovation. This freedom of research should not be lost when major funding is targeted to specific research questions.