There is increasing association of mitochondrial dysfunction with the ageing process and common neurodegenerative diseases that affect a significant proportion of the population. We will exploit recent advances in DNA sequencing to determine the role that mtDNA sequence variation plays in common complex human diseases.

There is emerging evidence that the highly pathogenic mtDNA defects that cause mitochondrial disease are only the “tip of the iceberg” in terms of the contribution of disease. Work from several groups around the world, including our own, has shown that common polymorphic mitochondrial DNA variants alter the clinical penetrance of primary mtDNA disorders. These observations provide “proof of principle” that epitastic effects of polymorphic mtDNA alleles are relevant for human disease.

There are a growing number of genetic association studies that have shown that common genetic variants of mtDNA are associated with several different common human diseases. The high read-depth of next generation sequencing provides the opportunity to comprehensively capture genetic variation of mtDNA in large populations for the first time. There is access to large cohorts of patients with common degenerative diseases.

The research theme aims to: 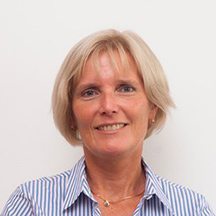