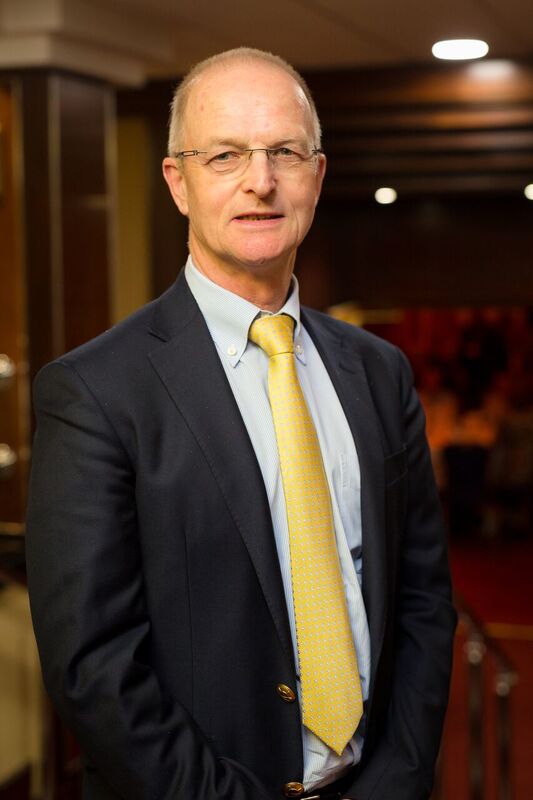 We are delighted to share the news that our very own WCMR Director, Prof Sir Doug Turnbull, has been named a Fellow of the Royal Society. This prestigious award is given to those who have made an outstanding contribution to the improvement of knowledge in their area of scientific expertise. Sir Doug has dedicated his career to understanding the role of mitochondria in disease through high-quality research, as well as caring for those affected by mitochondrial disease, and it is this commitment that has earned him the esteemed honour.

The Royal Society is a Fellowship of the most eminent scientists from around the world dating back to 1660, making it the oldest scientific academy in continuous existence. The fundamental purpose of the Society is to recognise, promote and support excellence in science. Prominent Fellows elected to the Society over the past five centuries have included Isaac Newton, Charles Darwin, Albert Einstein, Stephen Hawking and more recently, Mark Walport, former Chief Scientific Advisor to the UK Government, and Jeremy Farrar, Director of the Wellcome Trust. These remarkable scientists are among the 8,000 Fellows elected to the Society to date, and we are thrilled that Sir Doug will be joining the list of renowned pioneers in their fields.

When asked about the award, Sir Doug said “I am delighted to be elected to the Fellowship of the Royal Society. It is a great honour. This Fellowship highlights the exceptional quality of mitochondrial research performed within the Wellcome Centre at Newcastle University”.

Sir Doug is always the first to acknowledge the multidisciplinary team within the WCMR, who all work towards improving the lives of those affected by mitochondrial disease. To mark this amazing achievement, we asked members of the WCMR team to share their thoughts. 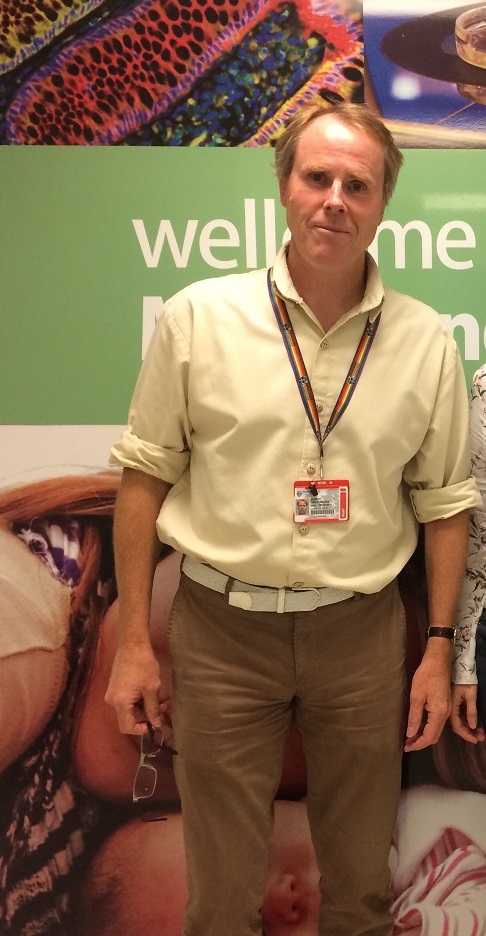 Professor Robert Lightowlers, Director of the Institute of Cell and Molecular Biosciences at Newcastle University and co-founder of the Mitochondrial Research Group with Prof Turnbull back in 1990 said “Everyone in the Wellcome Centre is extremely proud of Doug. In my opinion, he has done more for highlighting the importance of mitochondrial disease than anyone to date”.

“Further, together with Mary Herbert and other colleagues in Newcastle, he has established the feasibility of mitochondrial donation and has worked tirelessly to change the law to provide a choice for potential mothers with mitochondrial disease to have healthy babies. This award is recognition at the highest level of his remarkable achievements”.

Professor Bobby McFarland, Professor of Paediatric Mitochondrial Medicine and Consultant Paediatric Neurologist leading on the clinical service in Newcastle, said “Doug has been a clinical and scientific mentor and role model throughout my research career. His drive, enthusiasm, knowledge and patient-centred approach are an inspiration to any aspiring clinical academic”.

Dr Andy Schaefer, who is a Consultant Neurologist in the Mitochondrial Clinical Team, echoed these words and said, “Doug has been an inspiration and a role model to me and many of my clinical and academic colleagues. His research and clinical acumen have been at the forefront of developments in mitochondrial medicine over the last four decades. Doug achieves a rare balance of academic excellence, modesty, and humility, and can often be found discussing the fate of Newcastle United with the nurses, the porters, or indeed, anyone who will listen. We have all learnt a lot from Doug, and he richly deserves all the honours that have come his way”. 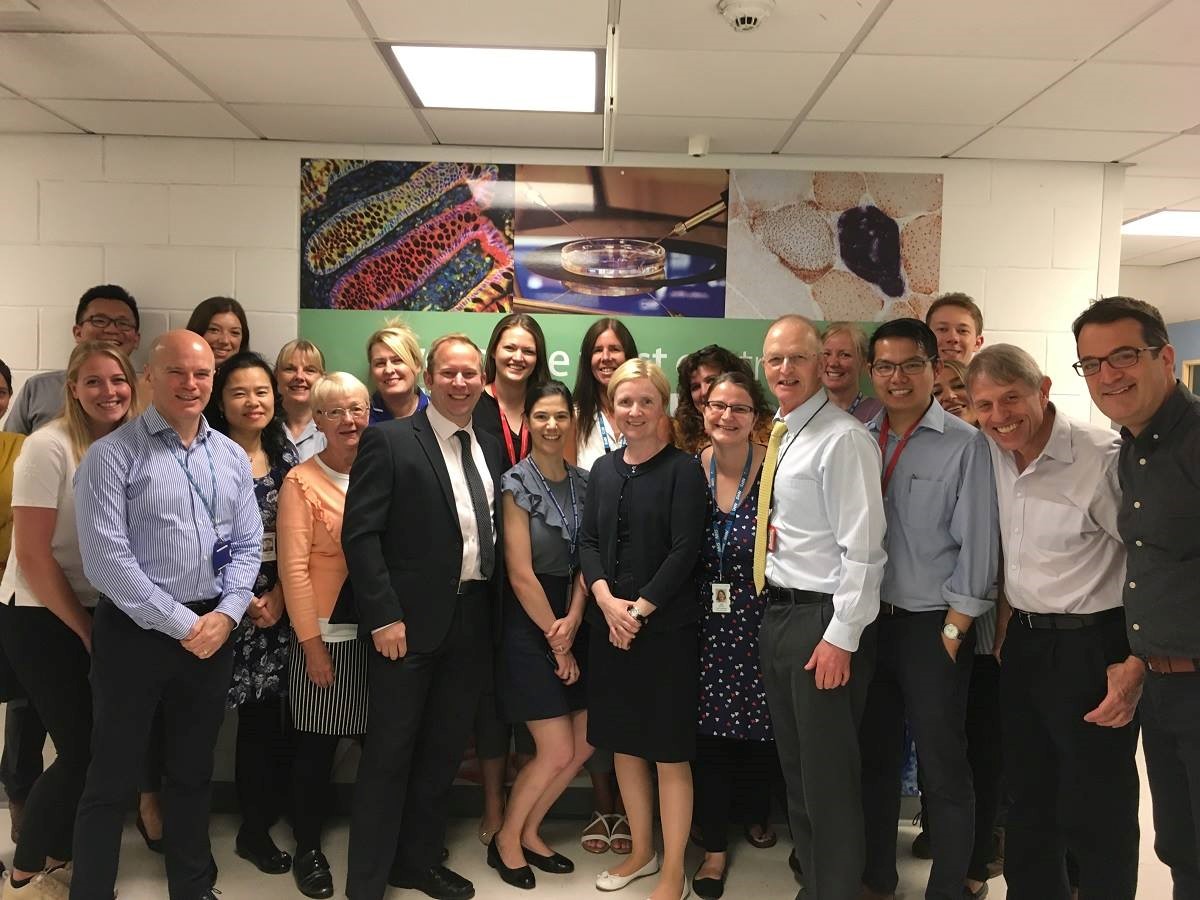 Dr Grainne Gorman, who is a Consultant Neurologist in the Mitochondrial Clinical Team, added, “This accolade is highly deserving of Prof Sir Doug who has dedicated his life to science and the welfare of his patients, while keeping true to his roots in the North East and putting Newcastle on an international stage”.

Professor Rob Taylor, Professor of Mitochondrial Pathology, said, “The award of FRS is an indication of Doug’s status as a world-leading scientist in mitochondrial medicine and testament to his achievements in Newcastle. He’s as enthusiastic a scientist today as when I first met him 30 years ago, a true mark of his achievement reflected in the number of clinicians and scientists he has trained and mentored”.

Dr Laura Greaves, a Research Fellow in the WCMR, said, “Doug has been my research supervisor and mentor from the very beginning of my career. His unwavering support and belief in me has been fundamental to my career development. Doug’s experience, depth of knowledge, drive and dedication make him an exceptional role model for any academic researcher”.

Jack Collier, a PhD student who leads on the organisation of our Young Scientist Meetings within the WCMR, said “As Director, Doug actively supports the development of young scientists and has positively impacted the careers of hundreds of PhD students. His support for our Young Scientist Meetings has been invaluable to their success and he continues to seek new ways to improve the training we receive here”.

“Above all, his dedication and humility ensure that the Wellcome Centre continues to thrive. I think I speak on behalf of all young scientists within the Centre when I express my deepest gratitude for all of his hard work; this incredible honour is thoroughly deserved.” Gareth Ettridge, a 2nd year PhD student in the WCMR, said, “As a second year PhD student at the WCMR with Prof. Sir Doug Turnbull on my supervisory team, helping me to research novel treatments for mitochondrial disease, I can say that Prof. Turnbull provides an unparalleled insight into the scientific, clinical and patient facing challenges of mitochondrial disease. His input is central to the continued and rounded development of all scientists in the MRG, from undergraduate students to senior post-doctoral scientists, and this additional honour only further emphasises his importance to the whole field. Congratulations Doug.”

Members of the WCMR admin team, including Hazel Glass, Deborah Little and Julie Murphy who have worked closely with Prof Turnbull for many years, said, “We are delighted to hear the wonderful news that Prof Sir Doug Turnbull has been awarded a Fellowship of the Royal Society. Despite all his amazing achievements, he remains the most grounded and down-to-earth person and he knows how to have a laugh!  He is an all-round nice guy and a pleasure to work for.  Well done Doug – your MRG family are very proud!”. 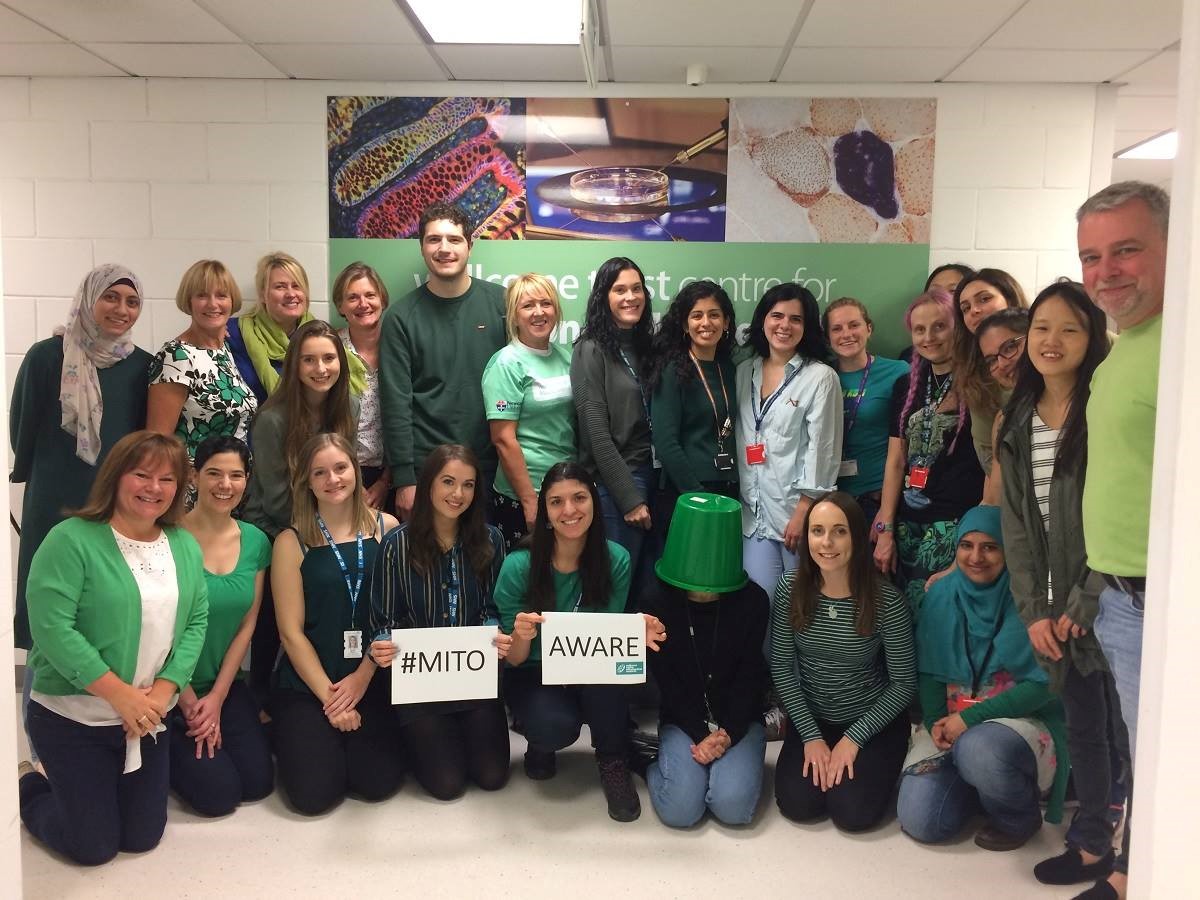 As well as an esteemed academic career in mitochondrial research, Sir Doug has cared for patients and families affected by mitochondrial disease for 35 years. Over this time the Newcastle Clinic has grown incredibly, with the clinical team now supporting over 900 patients from across the UK.  Sir Doug has always strived to provide the best care and support for his patients and is a true advocate of patient engagement to ensure that the research performed within the WCMR remains patient-focussed.

A patient who has been under the care of Sir Doug and the Newcastle Team since a diagnosis in 2012 said, “I cannot thank Professor Sir Doug Turnbull enough for the continued care and support he has provided to both me and my family. As a doctor who must be very busy, he will always make time for you and never makes you feel like ‘just that patient’ or a number”.

“I have had the opportunity to get involved in a number of different patient engagement events organised through the WCMR, including the law change to allow mitochondrial donation in the UK, and as a result, I do not only feel like a patient but I also feel I am part of Prof Turnbull’s team. I have never met a doctor as kind and supportive to patients and their families as he is. He will do his very best for his patients and that means a lot to us!  He deserves to become a Fellow of the Royal Society for all his dedicated and hard work over the years”.

“We feel privileged and honoured to work so closely with Doug and his team at the Wellcome Centre for Mitochondrial Research. Doug’s passion and commitment to his patients comes across in everything he does and is an inspiration to us all as we work together to improve the lives of people living with mitochondrial disease.”

Sir Doug will be formally admitted to the Royal Society at a ceremony that will take place later this year. This reflects his outstanding contribution to the field of mitochondrial research and the WCMR team are all very proud!