Mitochondria contain their own circular DNA (mtDNA) which encodes some of the proteins needed for energy generation by oxidative phosphorylation. Each mitochondrion can contain multiple copies of the genome, and each cell can contain several thousand copies of mtDNA distributed throughout the mitochondrial network. The mtDNA needs to be constantly replicated and distributed across this mitochondrial network to allow for the constant energy demand of the cell. Here, Dr Katja Menger tells us about her research to find out more about this process. 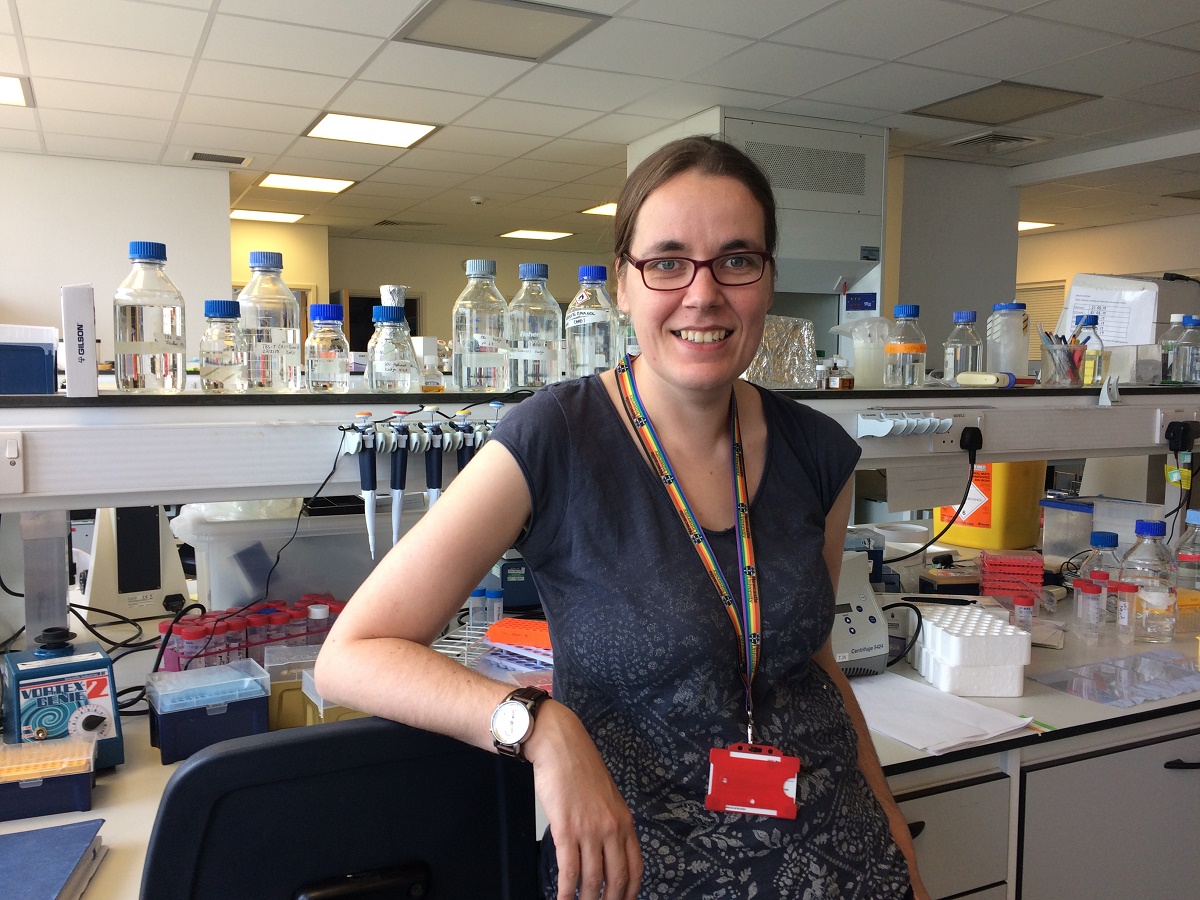 Replication of circular DNA molecules, such as mitochondrial DNA, results in the formation of two interlinked DNA molecules. These structures are termed ‘catenanes’. In the case of mitochondrial DNA, the two molecules are linked in a ‘hemicatenane’ structure. In order for replication to be completed, and to allow the replicated mtDNA to be distributed properly, these hemicatenanes have to be separated. We have recently identified the mitochondrial form of an enzyme that is responsible for this called topoisomerase 3α (Top3α).

While the function and interaction partners of Top3α in the nucleus have been studied in great detail, the function is independent and different to its function within the mitochondria. To date, no mitochondrial interaction partners for Top3α have been identified. Using Mass-spectrometry approaches, however, we have identified several candidate proteins that can interact with Top3α and potentially help to separate hemicatenanes.

This very preliminary research shows that the approach we are taking to identify interaction partners of Top3α is working, but also that further work is needed to fully understand the role of these interaction partners in the segregation of mitochondrial DNA following replication.