One of our speakers at this week’s WCMR ‘Research in Progress’ meeting was Dr Shreya Ayyub, a Research Associate who is studying how proteins involved in energy production are made within mitochondria. Dr Ayyub’s research project aims to understand the role of so-called release factors that are important in this process, and how they can help ‘ribosome rescue’ in mitochondria. But what does this mean? Read on to find out more. 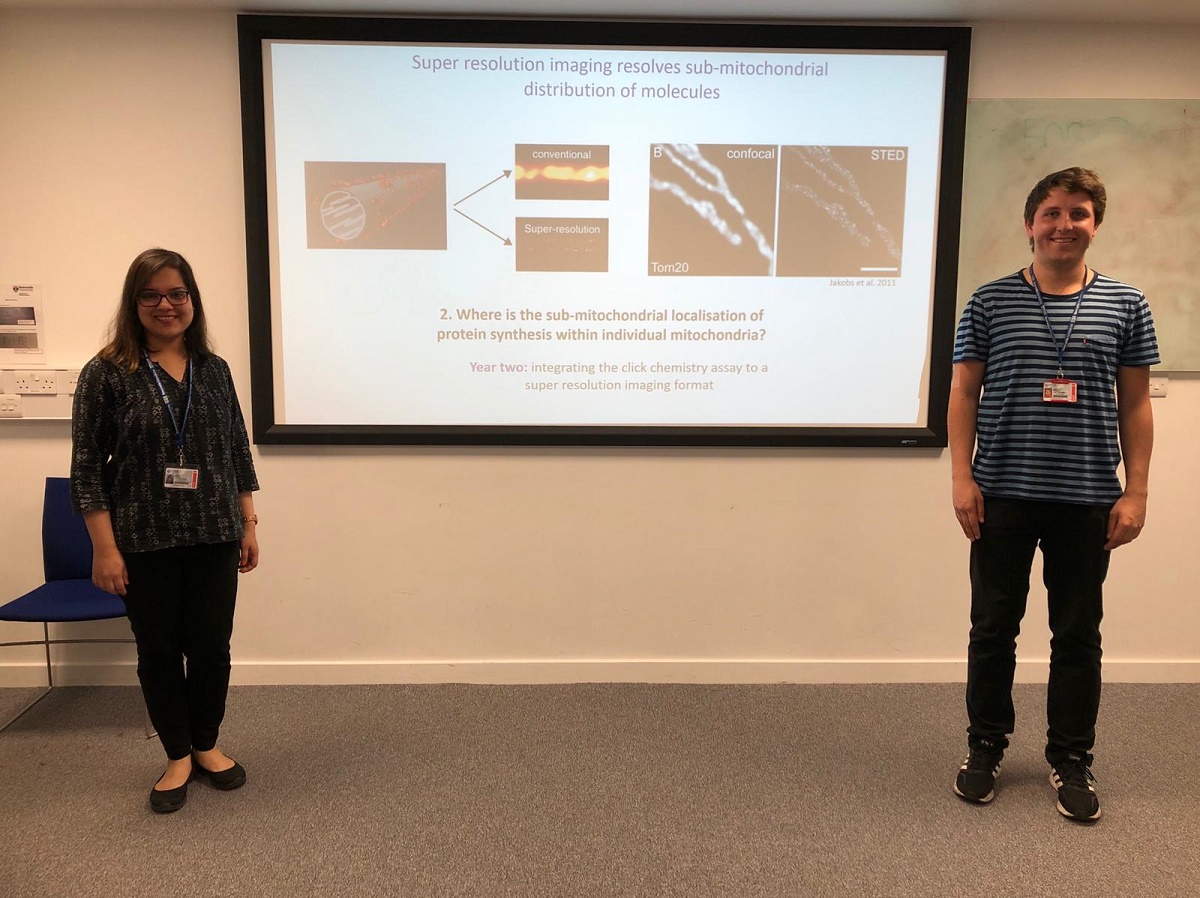 Mitochondria are important components of plant or animal cells, which convert food into energy that can be used by the rest of the cell. Mitochondria have their own DNA, which holds the information to make certain mitochondrial proteins involved in energy production. The cell makes a copy of the DNA, called messenger RNA (mRNA), which is converted or ‘translated’ into chains of building blocks called proteins. This process of ‘translation’ is very carefully regulated since mistakes can lead to an energy shortage in cells, which in turn can lead to mitochondrial diseases such as MERRF and MELAS.

The process of translation is carried out by a complex cellular machine called the ribosome, which binds to the mRNA.  The ribosome begins translating the mRNA at a specialised start signal or ‘initiation codon’. The ribosome moves along the mRNA adding specific building blocks corresponding to the information present in the mRNA. Translation stops at a specialised stop signal that is recognised by a protein called a ‘release factor’, which releases the completed protein from the ribosome. The ribosome is subsequently released from the mRNA to begin new rounds of translation.

Sometimes a ribosome may stop or stall before it reaches the stop signal . This can be due to a shortage of the building blocks needed to make the protein or because of a premature stop signal within the mRNA. This is detrimental to the cell as new proteins have to be constantly made to allow mitochondria to produce energy. Mitochondria have a number of release factors, some of which may be able to rescue ribosomes when they stall, including mtRF1, mtRF1a, ICT1 and C12orf65. While genetic mistakes (mutations) in C12orf65 and ICT1 have been implicated in disease, there have been no reports of patients or healthy people with mutations in mtRF1 or mtRF1a. This suggests that mtRF1 and mtRF1a are likely to be important for survival.

Dr Ayyub’s postdoctoral work at the Wellcome Centre for Mitochondrial Research involves characterising the role of release factors in rescuing stalled ribosomes. She is currently studying mtRF1 and her work indicates that mtRF1 is essential for survival and that it is capable of rescuing stalled mitochondrial ribosomes.