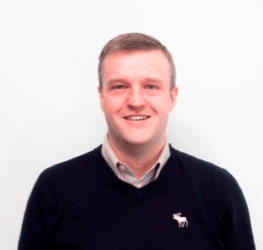 Over the years I became increasingly interested in the genetics of neurodegeneration, specifically the role that inherited and acquired mtDNA variation plays in developing neurodegenerative disease, which resulted Parkinson’s UK Senior Research Fellowship (F-1202) and subsequently a Newcastle University Research Fellowship (NURF) to study the effects of mtDNA variation in Parkinson’s disease and other complex traits.

More recently, and through collaboration, I have reignited my interests in the synergistic relationship between the nuclear genome (nDNA) and mitochondrial genomes. My most recent work leverages our links with ‘Big-Data’ to answer key questions about mitochondrial/nuclear communication and how a breakdown in this delicate synergy can result in human disease.

My current research is aimed at improving our understanding of this interaction in human disease and development by:

My work has significant implications for human disease, bridging a novel gap in our understanding of how purportedly benign mtDNA variation modulates disease risk, but is also implicitly important to the Wellcome Centre’s continued research into pro-nuclear transfer (in collaboration with Prof Mary Herbert and Prof Sir Doug Turnbull); where the interaction between the nDNA and mtDNA is at its most critical.

Mitochondrial donation offers the potential to prevent transmission of mtDNA disease.  Our work indicates that expansion of mtDNA carried over during pronuclear transfer (PNT) is unpredictable, with highly similar sequences (effectively clones) reverting back to “maternal” type in ~20% of embryonic stem cell lines derived from PNT blastocysts. Among the possible explanations are (i) Preferential replication of mitochondrial genomes located in the peri-nuclear region (ii)  Replicative advantage associated with certain mitochondrial  genomes (iii) A founder cell effect due to unequal distribution of variant mitochondrial genomes during the early embryonic divisions.  The principle aim of this project is to improve our understanding of the roles that mitochondrial function and mitochondrial DNA play in developing embryos. Jordan’s PhD will investigate the effects of several key components of mitochondrial function, including mitophagy, mitochondrial DNA variation and transcriptomics on the safety of future MRT experiments. This cross-disciplinary PhD will utilise expertise from the Newcastle Fertility Centre, Institute of Genetic Medicine and Wellcome Centre for Mitochondrial Research.

The aim of this research project is to investigate the role of mitochondrial DNA (mtDNA) variation in neurodegenerative diseases. Previous research during my PDUK senior fellowship (F-1202) has shown that particular mtDNA variants (haplogroups) can protect from or increase the risk of developing PD. I will explore this by investigating the effect of inherited mtDNA variation on cellular transcriptomics in different brain regions from PD patients, comparing RNA abundance to asymptomatic controls.

The role of cell-free mtDNA in neurodegenerative disease

mtDNA has been found to exist cell-free within human body fluids, coined circulating cell-free mtDNA (ccf-mtDNA). Ccf-mtDNA copy number has been found to be depleted in both Parkinson’s disease (PD) and Alzheimer’s disease (AD) cerebrospinal fluid (CSF), raising the hypothesis that it could be used as a biomarker for neurodegenerative disease. This project utilises a broad clinical spectrum including PD, AD, dementia with Lewy bodies and Multiple Sclerosis, where we will assess the function and integrity of ccf-mtDNA within the CSF to better understand how it contributes to the development and progression of neurodegeneration. This project utilises samples and data from the Parkinson’s Progression Markers Initiative (PPMI).

Is circular RNA a biomarker of Parkinson’s Disease?

Circular RNAs (circRNAs) are rapidly gaining attention in studies of human disease due to their possible use as clinical biomarkers and their potential to affect gene expression. It is likely that circRNAs play an important role in Parkinson’s disease (PD), possibly correlating to disease pathoetiology or potentially acting as biomarkers which predict PD or the transition to Parkinson’s disease dementia (PDD). However, existing circRNA investigations in PD are very limited.

In this Michael J Fox Foundation funded study, we will characterise and measure the abundance of circRNAs in human tissues (Serum/Blood/Brain), under the hypothesis that specific circRNAs will be significantly different between PD patients and controls and will correlate to clinical and neuropathological hallmarks of PD and PDD. Our ultimate aim is to identify circRNAs that may be viable biomarkers of disease onset and progression. Project URL: https://www.michaeljfox.org/grant/role-circular-rnas-parkinsons-disease-and-dementia

In postmitotic cells, mtDNA is replicated and destroyed continuously. If a heteroplasmic variant occurs then changes in heteroplasmy level are believed to be dictated by chance (where ‘relaxed replication’ of the mtDNA replicates the mutant mtDNA faster than the wild-type mtDNA). However, traditional approaches to investigating this phenomenon rely on single time-point assessments in laser microdissected tissues, which are unable to assess the changes in heteroplasmy over time and provide little information of the selection of the variant in vivo.

The aim of this MRC-DTP funded PhD is to improve our understanding of mtDNA variant selection in human tissues and live cells by combining novel “nanobiopsy” techniques with next generation sequencing technology. The nanobiopsy technique relies on ultra-sharp quartz nanopipette that can be positioned with nm resolution within the cytoplasm of a living cell to extract intracellular contents without affecting its viability. The nanobiopsy has been validated as a tool for investigating mtDNA heteroplasmy in live cells and within this PhD project it will be employed to measure heteroplasmy segregation and selection during cellular proliferation. By using live cells harbouring different mtDNA heteroplasmic mutations, heteroplasmy levels can be measured serially to investigate both segregation and selectivity of different mtDNA mutations. Cellular heteroplasmy levels will be correlated to cardinal measurements of mitochondrial function to assess selectivity. In addition, the techniques would be expanded and optimised on fresh frozen tissue samples such as human brain, where a cell specific accumulation of mtDNA variation contributes age related phenotypes such as Parkinson’s disease.