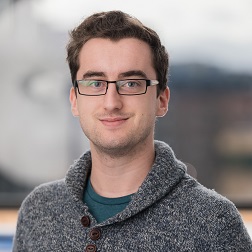 I graduated with a first class honours B.Sc. degree in Chemistry from The University of Surrey in 2016 and moved onto a Master’s degree in Genetic Manipulation and Molecular Cell Biology at The University of Sussex, attaining a distinction in 2017. During this time, I developed an interest in mitochondrial dysfunction through personal and professional contacts in the field of fatigue.

The current lack of effective biomedical treatments for mitochondrial diseases is a result of a relative research vacuum and presents one of the most prevalent current medical enigmas due to a combination of factors, such as high levels of disease heterogeneity and a shortage of appropriate models. Mitochondrial dysfunction continues to pose a significant clinical challenge with links to a number of prominent conditions; including Parkinson’s disease, dementia, diabetes, and of course, direct mitochondrial cytopathies and metabolic diseases resulting from nuclear and mitochondrial genetic disorders. It is towards novel therapies for these latter disorders that my project is currently focused upon.

For these reasons I feel privileged to be a PhD student in the Wellcome Centre for Mitochondrial Research (WCMR), and I look forward to contributing to the collective effort against mitochondrial dysfunction as my project progresses.

This project centres around ultra-high-throughput screening of natural compounds through the employment of bacterial libraries, in collaboration with biotechnological industrial partners. The aim of the project is to identify novel mitochondrial therapeutics capable of inducing mitochondrial proliferation in human cells, thus mimicking the genetically mediated rescue of mitochondrial function through PGC1-α over-expression, by pharmaceutical means.

My role at WCMR comprises of secondary screening in metabolically sound established cell lines, followed by the testing of hit compounds in patient derived cell lines for respiratory functional improvement, to confirm the hits. The project will culminate in the mechanistic elucidation of any hit compounds.