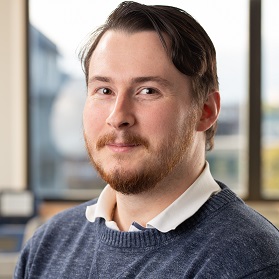 Last week, first year PhD student Alex Bury talked to us about his exciting project that uses nanobiopsy to extract mitochondria from live cells. But what exactly does this mean? Here, Alex explains more about his research.

Over the years, a number of theories have been put forward to explain how damaged mtDNA can spread within and between mitochondria. An exciting new theory is the ‘perinuclear theory’, which is based on an observation that mitochondria in close proximity to the cell nucleus have higher levels of damaged mtDNA. In addition, these mitochondria are better placed to receive signals from the nucleus that increase not just the number of mitochondria but also the damaged mtDNA that they contain. Though promising, this theory needs to be confirmed and a technique called nanobiopsy offers the potential to allow us to do this.

Nanobiopsy uses a nano- (or very small) pipette that is moved to the area of interest within a sample of cells using a very precise motor. The pipette is filled with oil which doesn’t mix with the cytoplasm in the cell. ‘Electrowetting’, where a voltage is introduced across the liquid-liquid interface between the oil and cytoplasm, allows us to aspirate mitochondria within the cytoplasm into the pipette (shown in the diagram below).

The video below shows an attempt at extracting mitochondria from skeletal muscle tissue. The black dot near the centre of the image shows where the biopsy takes place (keep watching – this happens near the end of the video!).

As the pipette moves closer to a cell, an electrical current flowing from an electrode in the pipette (to a reference electrode) is increasingly obstructed. The change in current as the pipette moves over the surface of a cell can be used to make a high-resolution image that allows the precise placement of the pipette (shown below). This allows mitochondria to be sampled from specific regions in a cell, which will help us understand how mtDNA damage can spread. 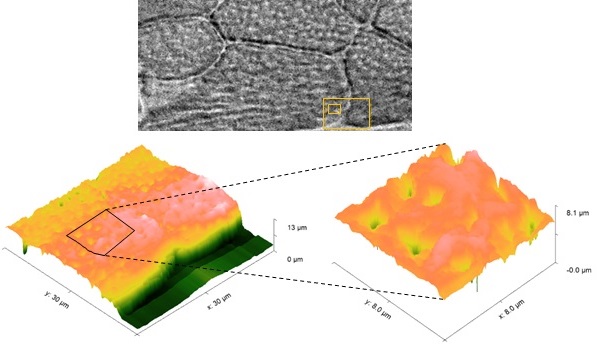