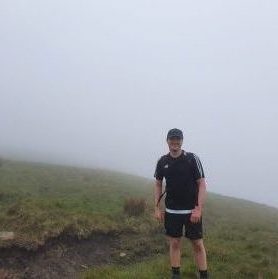 I graduated from the University of Manchester in 2018 with a BSc in Biology where I had my first introduction to the bioinformatic analysis of genetic data. I then moved to Newcastle later that year to do an MRes in Medical Genetics which included a research project here at the WCMR identifying nuclear variants that cause mitochondrial disease by whole exome sequencing. After a year out, I have started my PhD investigating the use of RNAs as biomarkers in Parkinson’s disease

Can RNAs be used as biomarkers for the progression of Parkinson’s disease?

Current Parkinson’s biomarkers are largely limited to confirming disease onset and the presence of abnormal brain pathology. As such, there is a need to identify progression markers which would enable the early detection and prediction of secondary phenotypes (such as dementia or other cognitive impairments) or disease severity.

My PhD project focuses on investigating the role of RNAs in the development and progression of Parkinson’s disease. This involves analysing RNA sequencing data from large, longitudinal cohorts to identify specific messenger RNA, micro RNA and circular RNA molecules that could serve as candidate Parkinson’s biomarkers.

The identification of fluid-based Parkinson’s biomarkers that predict disease severity would allow existing and novel treatments to be delivered earlier and more efficiently, ultimately improving patient welfare. They would also aid in the discovery of new exploitable pathways for therapeutic development by evaluating the normal and pathogenic processes of this disease.