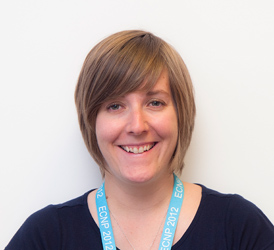 I first became interested in mitochondrial biology in 2004 when I came to Newcastle to study for my PhD. My PhD project investigated the importance of mitochondrial dysfunction to neurodegeneration, with a particular focus on Parkinson’s.

Since completing my PhD my research has focussed on understanding whether neurons are capable of adapting to mitochondrial dysfunction and whether this is something that we might be able to promote using drugs. My primary interest still lies in investigating these changes in relation to Parkinson’s and this forms the basis of my Parkinson’s UK Fellowship (F-1401).

In order to understand the importance of mitochondrial defects to neuron loss in Parkinson’s, we study a number of different aspects of mitochondrial biology from their structure and dynamics, to their neuronal location and calcium buffering capabilities. Furthermore, I am interested in how astrocytes might be important for the ability of neurons to adapt to mitochondrial dysfunction and how these important glial cells might help support neuronal mitochondrial function.