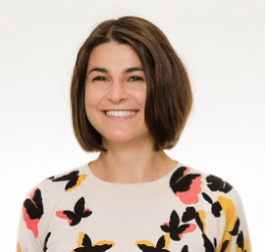 I am a Research Associate working in the Mitochondrial Research Group with Prof. Doug Turnbull. I collaborate with Dr James Miller who runs the Inclusion Body Myositis clinic and colleagues from  MoveLab who look at the role of physical activity in ageing and disease.

My major field of interest is ageing of skeletal muscles (sarcopenia) and age related myopathies. I am trying to understand what causes muscle mass loss and decline in physical strength by investigating changes in muscle and the nervous system. I concentrate in particular on mitochondrial abnormalities which tend to accumulate in these tissues with advancing age. I believe that energy deficit may be one of the primary contributors to the age associated changes that we see in both healthy ageing and disease.

I chose this area of research as I believe it is very important to improve the quality of life of the elderly. Discovering mechanisms underlying sarcopenia and age-related myopathies will allow development of therapeutic interventions which will be beneficial to us all.

Muscle degeneration and reduction in performance (named sarcopenia) starts in the 4th decade of life and progresses until death affecting all of us to a different degree. Most severely affected people will have lost around 50% of their muscle mass by the time they are 80 years old. Such reduction in musculature leads to restricted mobility, frequent falls and ultimately loss of independence impacting quality of life of the elderly. Cause of sarcopenia is currently unknown, however, it appears that it is a multifactorial process and a number of mechanisms contribute to the observed phenotype.

Experimental data obtained by us and other groups show that faults in the nervous system could be directly linked to sarcopenia. Muscle cells receive impulses from nerve cells (motor neurons) residing within a spinal cord which enable muscle contraction. Without such electrical stimulation the muscle cannot function. We found that a significant percentage of motor neurons degenerate with age in model aged animals which was consistent with results obtained from human studies. Post-mortem spinal cord tissue samples obtained from healthy elderly adults revealed mitochondrial abnormalities in motor neuron cell bodies suggesting mitochondrial involvement in the mechanism of neuronal loss with age.

Mitochondrial damage is also found in the ageing muscle itself. An ongoing study on a large group of elderly men – healthy active volunteers from the Hertfordshire Sarcopenia Cohort (a collaborative project with Southampton University) revealed that mitochondrial dysfunction is more severe than previously reported. Interestingly, a relationship between the number of muscle cells harbouring faulty mitochondria and reduced muscle strength was observed. In order to study effects of exercise on mitochondrial biology in ageing, a clinical exercise trial led by the Movelab is currently ongoing. Three age groups of sedentary women volunteers will be carefully assessed prior and post-exercise regime. This will shed more light on the response of the muscle mitochondria to exercise as well as  provide a great opportunity to consider a therapeutic intervention  to combat sarcopenia.

Sporadic Inclusion Body Myositis (sIBM) is the most common, age related muscle disease resulting in progressive weakness of selected skeletal muscles. The symptoms typically develop after the age of 50 years and ultimately lead to serious disability. sIBM is considered an autoimmune disease with protein inclusions and mitochondrial dysfunction but its primary triggers are unknown. It is suspected that the mitochondrial changes are secondary to the inflammation. The assessment of muscle biopsies obtained from sIBM patients diagnosed in Newcastle demonstrated a clear correlation between the number of inflammatory cells (T lymphocytes and macrophages) residing in the tissue and the abundance of muscle fibres harbouring dysfunctional mitochondria. Moreover, these muscle cells are frequently smaller than their healthy counterparts suggesting a causative link between the mitochondrial damage and muscle atrophy. It was also found that the mitochondrial deficiency is most likely caused by large-scale rearrangements of the mitochondrial genome. This aspect is currently studied in great detail.