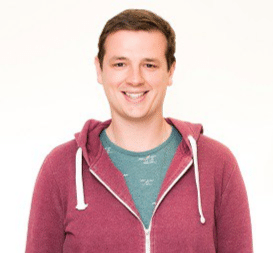 I am a first year PhD student investigating axonal transport of mitochondria in Multiple Sclerosis. This project will involve techniques ranging from Immunofluorescence to the development of a cell culture model. My supervisors are Professor Doug Turnbull and Professor Robert Lightowlers while I also work closely with Dr Nichola Lax. During my undergraduate degree I developed an interest in neuroscience and as I progressed through my education the role of mitochondria in neuronal homeostasis became more prominent resulting in my desire to undertake mitochondrial research.

Multiple Sclerosis (MS) is a chronic inflammatory disease of the central nervous system that typically affects 2.5 million individuals throughout the world. The pathological hallmarks of the disease include acute focal demyelination, extensive neuronal and axonal degeneration with minimal remyelination that results in chronic multifocal lesions causing neurological impairment. Demyelination is likely to be detrimental to axonal transport to the synapse as shown by the accumulation of synaptic proteins in the axonal membrane and a decrease in the expression of axonal transport proteins in demyelinated MS hippocampi. This impairment of axonal transport is likely to have an impact on synaptic function ultimately resulting in neuronal death. This project aims to investigate how the transport and distribution of mitochondria to synapses following axonal demyelination affects neuronal survival.