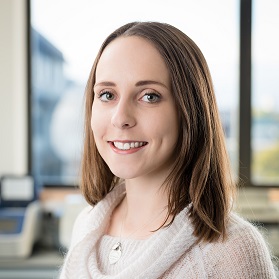 Earlier this year, we were delighted to share the news that WCMR PhD student Laura Smith, who is funded by The Ryan Stanford Appeal, won the Gowers Medical Student Award for an essay on epilepsy. These awards are presented by the Council of the International League Against Epilepsy (ILAE) and part of the prize is funding to attend the ILAE British Branch Annual Scientific Meeting. This took place in Birmingham at the beginning of October 2019. Here Laura tells us more.

I was very pleased to find out that I had won the Gowers Medical Student Award for my essay on epilepsy and to receive my prize from the President of the ILAE, Professor Matthew Walker. The ILAE conference was the first medical conference I have attended which specialised in epilepsy. The conference covered the neurobiology underlying seizures, treatment options for epilepsy patients and the clinical features of rare epilepsy disorders. As a research scientist, it was really interesting to learn a lot about the clinical aspects of epilepsy, as this is important to put our laboratory findings into the clinical context.

My winning essay explained how the mechanisms causing epilepsy in Alpers’ syndrome and mitochondrial epilepsy disease patients are distinct to those which cause epilepsy in other types of epilepsy disorders, including temporal lobe epilepsy. 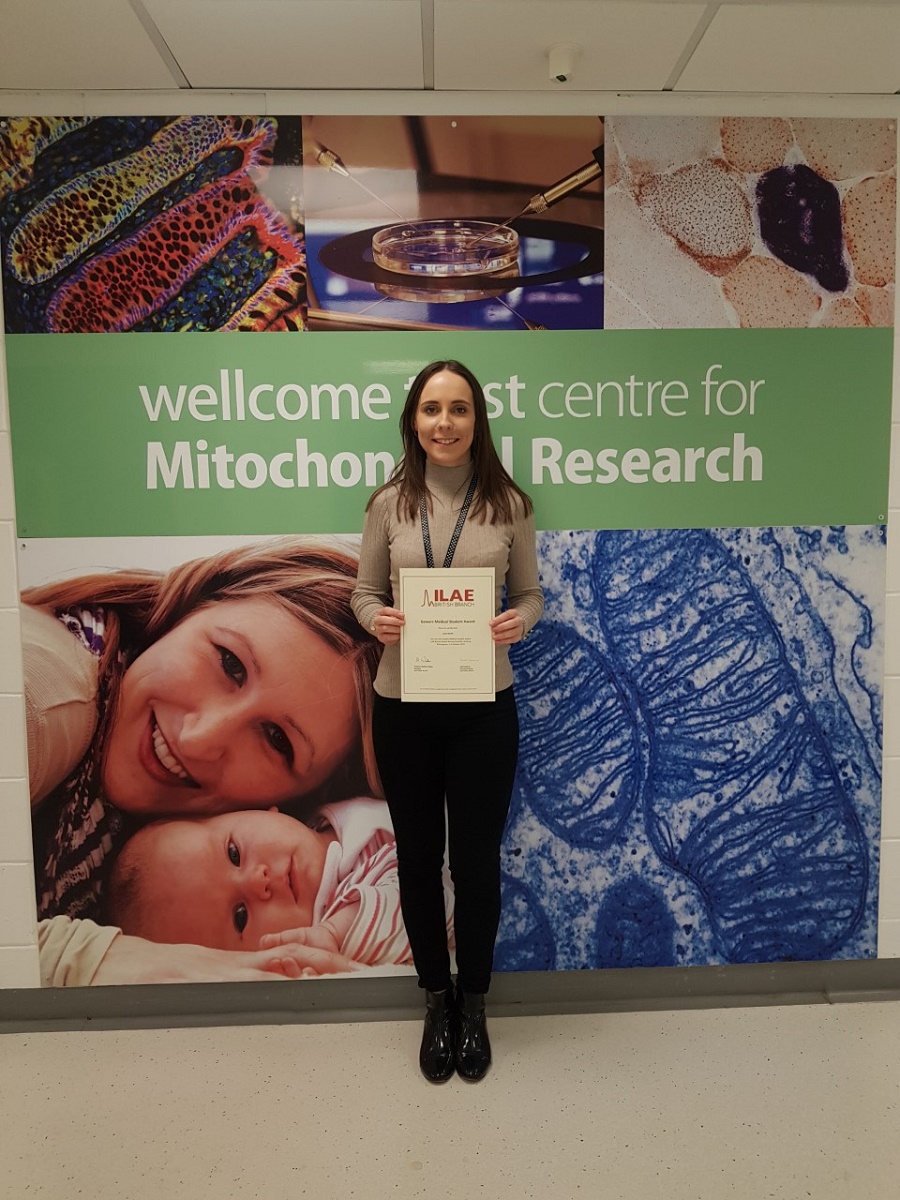 Although the brain only accounts for approximately 2% of our body weight, it requires 20% of our total energy supply, much of which is provided in the form of ATP by mitochondria. This makes our brains the most energy-demanding organ in our body. The energy is required to form billions of neurons during development and to form electrical connections between neurons. This allows us to perform complex brain functions including learning new tasks and forming memories.

However, when our brains do not receive enough energy because the mitochondria are dysfunctional, the electrical activity in the brain can become excessive and uncontrollable resulting in a seizure. It is therefore important to understand how the electrical activity is altered in different cell types and different brain regions, to help develop specific treatments to prevent seizures.

I did not present my work at this year’s conference; however, it would be great if I could attend next year to present my results, to meet more young researchers and to hear about the medical advances in the field of epilepsy. 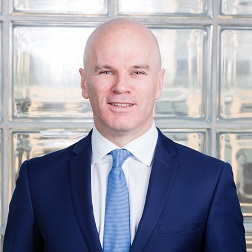 Prof Bobby McFarland, who is a Principal Investigator on Laura’s research project and Professor of Paediatric Mitochondrial Medicine, said “It is a tremendous achievement for Laura to have won such a prestigious award at the end of the first year of her PhD, reflecting the enthusiasm and academic rigor with which she approaches her studies.”

Laura has just completed the first year of her PhD in the WCMR and her research project focuses on understanding the mechanisms of neurodegeneration in Alpers’ syndrome.  Laura is funded by The Ryan Stanford Appeal, a charity set up by the parents of Ryan after he was diagnosed with a mitochondrial condition called Alpers’ syndrome. The aim of the charity is to raise money to fund vital medical research into Alpers’ Syndrome, which has included two PhD studentships in the WCMR at Newcastle University.