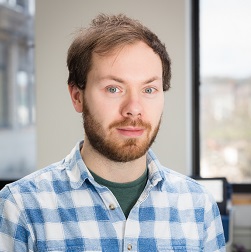 Bioinformatics is a rapidly developing field of science that encompasses biology, computing, and mathematics, which is becoming increasingly important in many areas of biological research. I grew an interest throughout my undergraduate studies at Newcastle University, graduating with Upper Second Class Honours in BSc Applied Biology. Following this, I embarked on a postgraduate degree in MSc Bioinformatics, graduating with Distinction. My MSc project, ‘Systematic identification of Trichomonas vaginalis surface proteins with sorting signals for clathrin-mediated endocytosis’, used bioinformatics to systematically identify T. vaginalis surface proteins that internalise material via clathrin-mediated endocytosis and to postulate their function in terms of survival in the urogenital tract. This provided an insight into virulence and pathogenicity of a parasite that is largely understudied yet is the most common non-viral STI worldwide. Ultimately, my interest in bioinformatics has led me to the Wellcome Trust Centre for Mitochondrial Research, who recognise its importance and potential in the diagnosis of mitochondrial disease.

Progressive external ophthalmoplegia (PEO) is an eye movement disorder characterised by paresis of the extraocular muscles and skeletal muscle restricted multiple mitochondrial DNA (mtDNA) deletions. There are currently fourteen known nuclear genes (TYMP, SLC25A4, POLG, C10ORF2, OPA1, POLG2, RRM2B,TK2, DGUOK, MPV17, MGME1, DNA2, SPG7, and AFG3L2) whereby mutations lead to PEO in adults. But despite advances in genetic screening and diagnosis, it has not been possible to provide a confirmed diagnosis for approximately half of patients presenting adult-onset PEO.