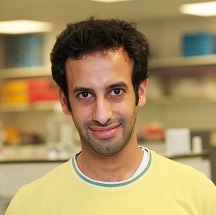 I am a PhD student studying under the supervision of Professor Robert Taylor, Dr Robert McFarland and Professor Rita Horvath. My passion for genetics has driven me to obtain a BSc Genetics degree from California State University Stanislaus and was later employed at the Kuwait Medical Genetics Centre for 3 years. I worked in the Kuwait Newborn Screening Program during that time before continuing my postgraduate studies and was awarded an MSc Molecular Genetics and Diagnostics degree from the University of Nottingham. I worked for an extra year at the Kuwait Medical Genetics Centre before starting my PhD studies at Newcastle University.